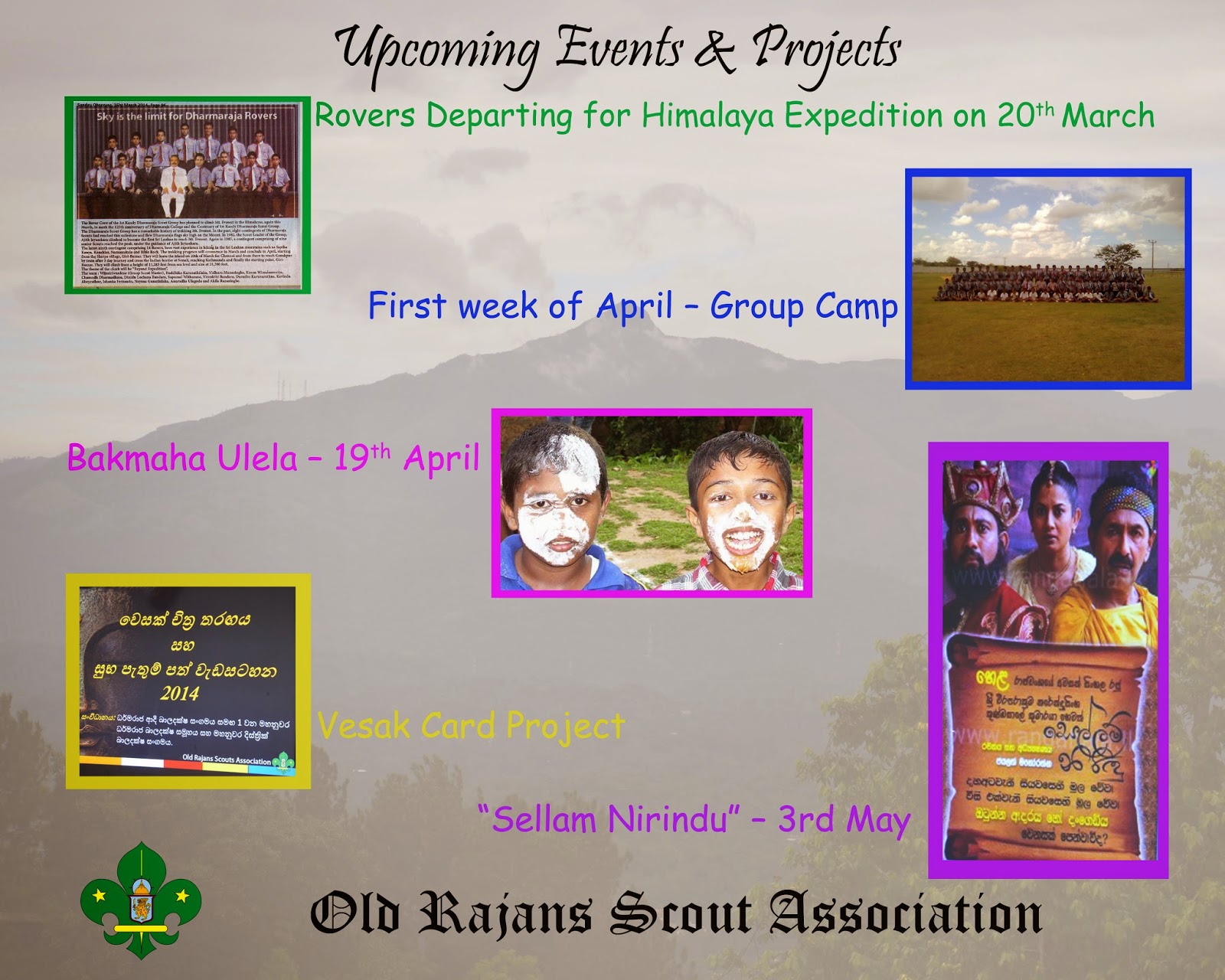 Sky is the limit for Dharmaraja Rovers

The 1st Kandy Dharmaraja Scout Group has a remarkable history of trekking Mt. Everest. Eight contingents of Dharmaraja Scouts have already reached this milestone and flew their flags sky high in the Mount Everest. In 1982, Scout Leader of the Group, Ajith Jayasekara started the trek Mount Everest as the first Sri Lankan to reach Mt. Everest. Again in 1985, a contingent comprising of 9 senior Scouts reached the Everest under the guidance of Ajith Jayasekara.

The latest ninth contingent comprising of 14 Rovers, who have a great amount of experience in hiking in Sri Lankan mountains such as Saptha Kanya, Knuckles, Namunukula, Bible Rock etc. Also they have been participated in training sessions continuous at the Grounds as well as in the Swimming Pool.

The trekking program will be commencing March and conclude in April. They hope to start their trekking from the Sherpa village called “Giri-Bazzar”. They will leave the island on 20th of March for Chennai. From Chennai they plan to reach the ‘Gorakpur Station’ from train for 3 days and cross the Indian border in ‘Sonali’, and hoping to reach Kathmandu and then their starting point to “Giri-Bazzar”.

They will start their journey from a height of 11,283 feet from sea level and the destination which they are aiming will be 21,300 feet from sea level. There will be several difficult mountains which they have to climb over to reach the Everest Base Camp and the 1st Camp. They have to overcome the high altitude and the less oxygen level. For this they need to have a big confidence on themselves as well as a great amount of endurance. On this expedition they will be hoping to reach the Everest Base Camp and the First Camp. Everest Base Camp, a height of 5360 meters is the highest place where a Sri Lankan had ever reached.

Their theme is “Beyond Expedition”, gives the message that they will bring glory to Sri Lanka and to their alma mater by reaching the highest ever place where a Sri Lankan has ever reached.

Rajans Rovers Back to Himalaya 2014 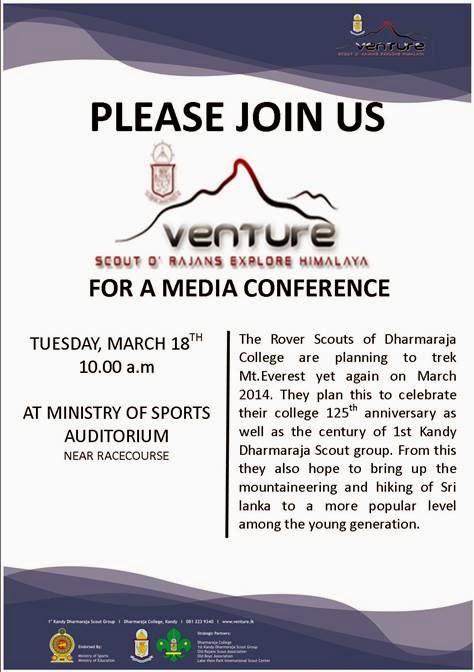 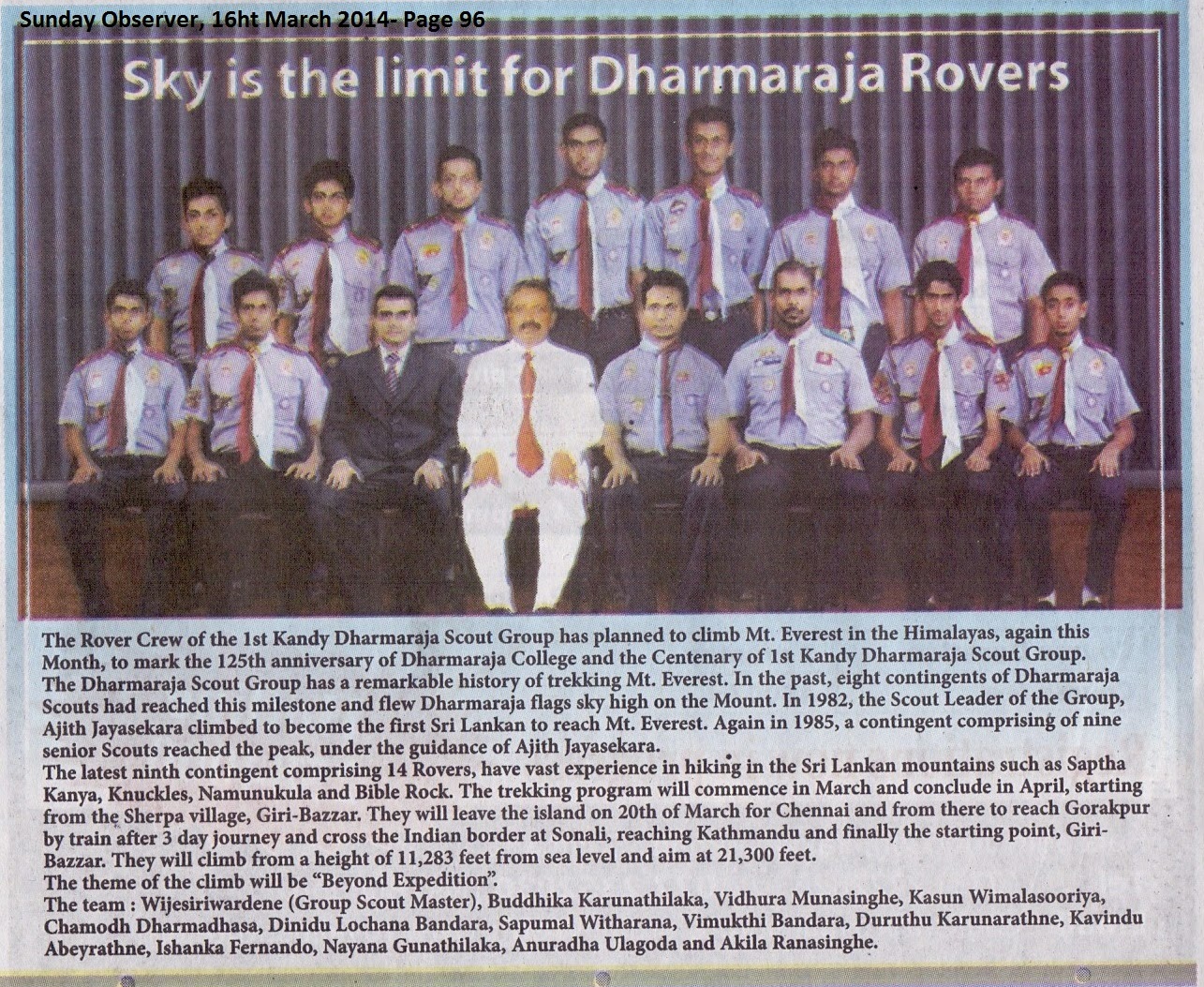