Similar to past decade, Old Rajans Scout Association conducted an alms-giving at Asigiri Maha Vihara Pirivena to commemorate the Founder’s Day of Dharmaraja College, Kandy on 29th June 2013. This marked the 126th Anniversary of Dharmaraja College, which was established by Col Henry Steel Olcott, philanthropist and the founder of the Buddhist Theosophical Society on 30th June 1887. 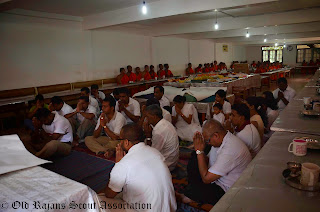 Former President of ORSA Mr. Asitha Edirisooriya lead the organizing team where he has being the leader of this annual project of the ORSA for last 10 years.