On 11th March a joint walk was organised by the two colleges starting from Kingswood college premises to Dharmaraja College. 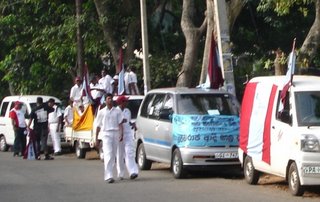 (Pic: ORSA at the Joint Walk)

Here are some pictures from the presentation ceremony and the two teams at the centenary bigmatch. 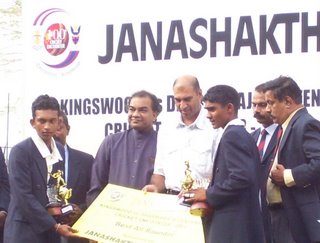 (Pic:Captains of Dharmaraja and Kingswood) 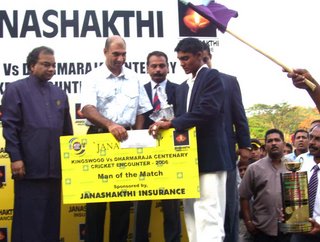 (Pic : The Man Of The Match award) 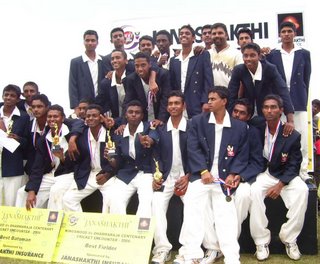 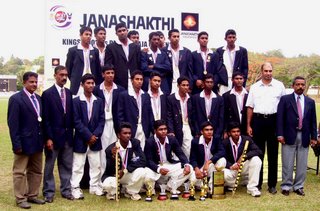