The ORSA Committee Meeting at Kotmale


The ORSA committee meeting this time turn on to be a day trip. The sponsor for the the meeting was Lt Col S S Gunawardena who invited the committee to have the meeting at Kotmale Army Camp.

The ex co members arrived at Kotmale by the special bus organized by Mr S S Gunawardena and the young members enjoyed on the way by a sing song sesstion. Since this was a special meeting most of the exco members were present with their families. The former Group Scout Leader and Patron of Old Scouts Association Mr Bandara Weerasekera was also present. 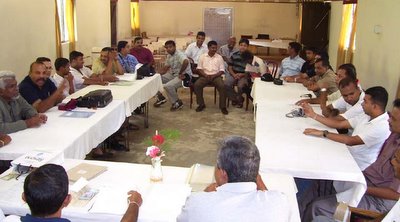 The crew arrived at the Kotmale Army camp at around 11am. The members were taken in to the Auditorium for the meeting while the kids and wives visited the Kotmale Dam and reservoir.

The auditorium was well arranged for the meeting.The meeting was very active the major point was the bpropsed fund raising project.It was decided to hold the fund raising project The SA Prasnga By Victor Rathnayake on 4th March 2006, and the preliminary preparations were discussed. 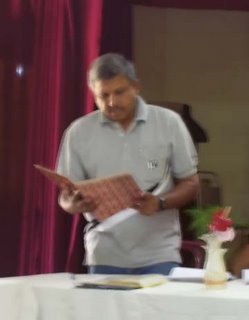 After the meeting the members and the families went on to visit the Mahaweli Seya a massive Pagoda under construction nearby. The Pagoda is being built on a hill top and on completion it was told that it will be only second to Ruwan Weli Seya – Anuradhapura. The Site Manger also emphasized that the construction work needs a further Rs 1billion for completion and requested members to promote the Pagoda and help the building fund. 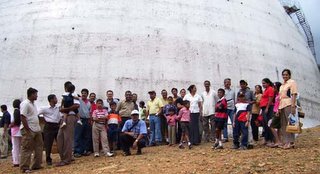 Then the lunch was served at the Officers mess at the Camp by Mr S S Gunawaredena for the members and the families. 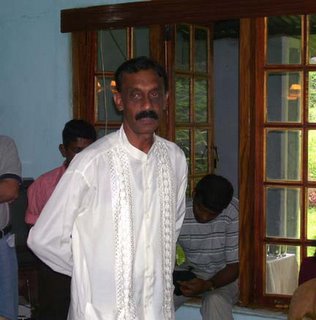 After Lunch the members got on to the bus for the return journey. 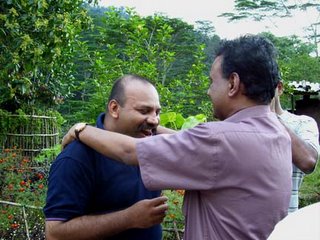 Very special thanks go to Lt Col S S Gunawardena for organizing this memorable event.
Posted by Ruwan Abeysekera at 1/20/2006